The new season is days away and as we prepare to launch ourselves full force into another titanic championship battle why don’t you let the Last Lap Podcast help take you through some of the variables of the season before us?

Mercedes still look to be the front runners this year. After a flawless testing only really mired by the fact they didn’t take any Ultra Soft tyres to set the top testing time the Mercedes seems to have shaken off the diva tag given to it last year. Seemingly fast  whatever compound it ran on and with no technical difficulties it’s hard to see them having been caught by the pack

Ferrari and Red Bull are close  in performance again. Following a slightly disappointing 2017 for the Austrian outfit Red Bull seem to have turned up with a highly competitive package for 2018. Ferrari also look to have improved their lot since last year with good speed and reliability through the winter test. Both will hope to e closer to Mercedes whilst hoping to outpace each other comfortably 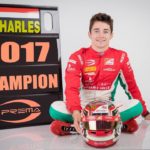 Charles Le Clerc is going to have a long old season in the Sauber by the look of things. The incredible talent Le Clerc has demonstrated may be a little wasted this year as the Sauber looks to rebuild with it’s first current season engine for a while. Though it doubtless will not harm him long term it could be a frustrating debut for the Monégasque.

Exactly how good is the McLaren? Testing was a mixed bag for the all papya McLaren. Seemingly fast in places but then spending a fair amount of time on the back of a truck heading back to the pits. There’s clearly speed to be had and the speed traps would suggest the car hasn’t been fully wrung out as yet but those reliability issues could dent any early season charge.

Exactly how bad is the Williams?  Williams seems to have slipped under the radar for having what should equate to a rotten test by the relative success/failure of McLaren and Torro Rosso team. In the hand of Stroll and Sirotkin the Williams seemed to be well off pace and in fact it took Kubica to start really pushing in semi-decent times. They’ve lost Martini and don’t seem to have developed the car since they shoved a Mercedes in the back of it. Should we be fearing for their future? 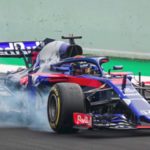 The Honda powering the Torro Rosso looks like it might be a massive improvement on the paper weight that was being lugged around in last years McLaren but do we really know this? Sources say Honda changed the engine 3 times across the initial days of testing and then only one for the last day or so. Are they deceiving everyone that the unit is more reliable? Is there truly speed in it for a full race run at 100%? Is the Torro Rosso simply not built to the extremes a top team like McLaren push for and so it’s hiding the issues better?

Is Liberty’s new streaming service the answer we’ve been waiting for? The first real foray into the world of digital broadcasting for F1 after years of Bernie scoffing at the internet and sticking with massive pay wall restricted deals is launching just before Australia. Currently launching is the territories without exclusive TV deals it could be an massive leap for F1 coverage… or it could be an utter shambles given how little real world testing has been done on it.

Are we going to have any closer on track action? Fans have been complaining for years now that F1 is full of processional races were cars can get close but not pass. The seeming performance difference between the cars in the hybrid era has only intensified the problem. The convergence of performance in the current rule set plus the oulawing of certain set up might mean the cars are actually much closer on track and we’ll have some proper on track action instead of Undercut/Overcut passes…. Or nah.

How many grid penalties are we going to get come the end of the season? Teams are down to just three, yes three power units this season. Honda used that many in the first three days of testing! As Renault proved at the end of last season the quest for performance can lead to choppy waters and with one less unit to play with last years record grid penalties could be eclipsed in quick order…. or all the engine manufacturers could have upped their game and the testing issues are just related to new components going into new cars and we’ll see 2 car finishes all seasons