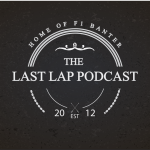 It’s been a little while but Ferrari have decided it’s time for a good old “We’ll quit F1 if it goes ahead with this” threat but where before people would have decried Formula One without the prancing horse it seems this time that this threat is being dismissed by many as having real substance.

So what has changed since the 2000’s when Ferrari were at the vanguard of threats to break away and form a new “Pinnacle of Motorsport” if the didn’t get their way and this was seen as a real possibility to now when it’s dismissed as an issue?

Not the Team it Once was

Ferrari last won a title in 2007 and to be fair it was hardly a convincing victory as Kimi Raikkonen squeaked to victory by one point and McLaren were ousted from the constructors championship. A few years before Ferrari had smashed F1 for six straight constructors titles and 5 driver titles. Not only were they a historic marque but they were the face of F1.

But prior to this unbridled success Ferrari had been on an epic slump, their previous constructors title had been in 1983 and the last drivers title had been Jody Schekter’s victory in 1979. A barren 21 year drivers title streak followed as the two privateer teams of Williams and McLaren put a strangle hold on F1 through the majority of the 80’s and 90’s and a time in which Ferrari lost a lot of prestige in the sport.

Could a mid 80’s Ferrari have tried to strong arm the FIA into accepting their version of the rules for future seasons? I don’t think so, success breeds power and Ferrari trailed the big names of the decades significantly. Also importantly the sport had a strong field with many manufacturers, private team and engine manufacturers with the ability to produce a competitive car. Cars were simpler and comparatively cheaper to run even with the lack of budget restrictions so smaller teams were able to survive and occasionally thrive. What would F1 do without Ferrari? Well, it didn’t really matter since all the action was coming from other teams and drivers.

Who Really Needs Who?

The biggest argument Ferrari can use is that as the longest running, most successful team in F1 with a huge world wide reputation that F1 needs them as a brand to keep F1 at the top of the pile. Ultimately it’s not an unreasonable position to make especially given that they’re the biggest super-car manufacturer on the grid as opposed to the slightly more mundane road car manufacturers such as Renault or Mercedes (although there’s little mundane about an AMG Black Merc but anyway!).

Certainly if Ferrari left it would leave a big whole in the grid and cause some supplier issues for the few teams running Ferrari engines. Italian viewership would probably almost cease to exist, Monza would definitely lose some of it’s glamour as the home of the Tifosi and potentially as the challenger to Mercedes we could end up with some pretty dull racing.

But are any of those things actually going to kill F1? The drop in Ferrari fans from the sport is probably the most painful since every race is generally full of yellow Ferrari badge flags and banners. F1 does certainly lose a little glamour with Ferrari there and perhaps it does lose a bit of the heritage that makes F1 such a grand spectacle.

Teams are going to find new engine suppliers though and who knows without a Ferrari starting from a dominant position with all the extra funding maybe other marques would consider F1 a viable marketing exercise again? A grid with Lambo/Audi, Porsche, Aston Martin or even some relative newcomer  could spice things up, especially if the engine regulations do make it easier for them to build a competitive block more quickly than Honda have managed.

Without Ferrari in the way equal payments will become a reality which in turn also helps the smaller teams continue to exist. The inequity in payment, especially the extra financial benefits Ferrari received, could probably have helped keep Manor in F1 had they been able to be passed on.

Ferrari aren’t in a position to hold the FIA or Liberty Media over a barrel. Bernie wouldn’t have cared as long as he made money which meant Ferrari had someone who would likely take their side as long as it helped make financial profit for FOM. Liberty have shown they’re already looking to build an F1 brand that works very differently to how CVC viewed F1 as a cash cow to be milked incessantly.

Ferrari aren’t dominating the series or providing an overly large portion of the engines to the grid. On a technical level F1 doesn’t require Ferrari to keep running as Renault, Mercedes and even Honda could supply engines to Haas and Sauber if required.

Ferrari also are not the only super-car manufacturer in the sport. With McLaren’s road car division really coming into its own and often now seen as the more discerning choice for the mega rich and a Ferrari seen as a rather gauche way of proving ones worth; the actual marque is not what it once was.

It is also worth remembering that Ferrari’s origins are racing. Enzo Ferrari didn’t set out to build road cars, his passion was always on track. Ferrari as a much reliant on being “the F1 marque” as F1 is married to have the Scuderia in the sport. Ferrari without F1 is simply a car manufacturer, possibly competing in categories much further down the glamour scale and where they certainly don’t dominate the headlines.

A world of F without Ferrari is poorer, don’t get me wrong, even as a McLaren fan I can look back over the history of F1 and feel the glitz and glamour that Ferrari have brought to the sport. At it’s hear Ferrari have an embodiment of F1 in their DNA, the passion of a real racer to create the team and bring it so much success is what made Ferrari what it is today. Trying to justify that removing the expense of F1 from the team is as big a pay off as severing ties from the sport that made the brand is nonsense and Marchionne should be ashamed he’s publicly stated such a thing. Bean counting is not the Ferrari way.

Can F1 live without Ferrari? Of course, it may not be as it was before but all sports change over time and not every team makes it through those changes. F1 certainly needs to find a way to stop the teams dictating the future of the sport because the last 10 years has proven that really is the thing that will kill F1.