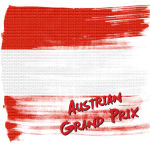 The hills are alive with the sound of Andy and Sean dissecting the Austrian Grand Prix. Following the controversy in Baku F1 looked to return to something a normal state in the rolling hills of spielberg at the Red Bull Ring.

Who would take a leap in the championship? Who could cover themselves in glory? Who would becoming the Terminator of races? Will we ever be able to rid ourselves of the mental image of Christian Horner in Leiderhosen?

All this and more on this episode!