Williams exclusively revealed their 2015 car on the cover of F1 magazine and here it is in all its glory: 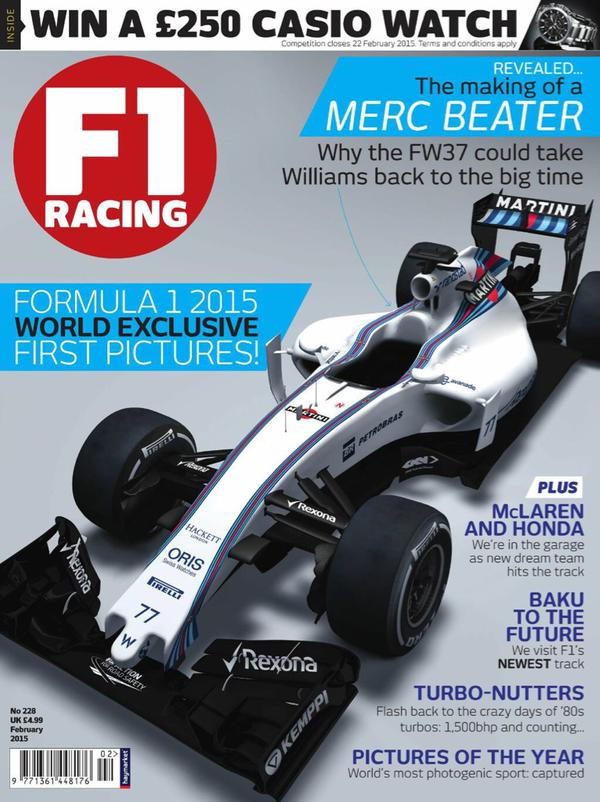 First things first it looks like next seasons will see the end of the phallic noses of 2014 and now we have just a little nub instead which is good news but it also seems like the Mercedes “elephant” style nose will be the predominant design which is hardly surprising. The smaller front wing is also in evidence but I’d suspect that it doesn’t represent what the finished wing will look like as most teams save them for testing to not give away trade secrets.

It’s towards the rear we see the big changes with a highly tapered look going right back to the rear suspension, it could just be the way it’s shot in this photo but it seems to be way back from the end of the “Shark Fin” aerofoil though we still see the exhaust director in effect.

Still it’s an interesting insight ito what the look of next years cars are likely to look like, now we;ve just got to wait to see who makes them go the fastest!