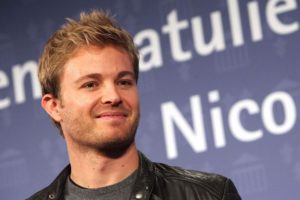 I have climbed my mountain, I am on the peak, so this feels right.

With these words Nico Rosberg threw the world of Formula One into chaos. After days of speculation that, in fact, his teammate Lewis Hamilton could be out on his ear after disobeying team orders repeatedly the revelation that the current F1 world champion was leaving the sport caused the fans and press to immediately being searching for his replacement. Mercedes have dominated the sport for the last 3 seasons, sweeping driver and constructors titles with ease. Their only fumbles seemed to come from within, a rigid hierarchy and suitably Germanic obedience to the dogma of “Team First” putting them at odds with their drivers and a seemingly bullet proof car in testing becoming less reliable as the season went on.

Now with probably the most sought after seat in F1 up for grabs Mercedes are left pondering whether the experiment of two top tier drivers has really worked out for them. After all Lewis and Nico were old friends, climbing the ladder of success from karting to formula one. If 18 years of friendship could be turned sour in a matter of races then what is the likelihood of two strangers being able to form a cohesive bond and still push equally for the drivers title AND deliver Mercedes more constructor glory?

Many names have been thrown around for the vacancy but lets look at them and work out how likely each switch could be..

The Mercedes prodigy has had a good if not spectacular season at Manor. He’s scored points for a team used to finishing pointless and seemingly had the measure of both his teammates in Rio Haryanto and Esteban Occon. He’s young and ambitious and clearly Mercedes have spent time trying to bring him into the sport as a long term solution in the same manner Red Bull have with Ricciardo and Sainz. However he’s also likely to be a lot more bend to Toto Wolff’s vision of a harmonious team than Rosberg was, he’s got time on his side to mature in the team whilst learning what life is like in a real car capable of race wins and titles.

He’d be the best choice to help heal the rifts that are clear to see in Hamilton’s relationship with his bosses and all the while they are preparing Lewis’s eventual successor. The fact Occon got the nod to Force India would also suggest Mercedes had some eye on some sort of driver swap. If the rumours were that Lewis threatened to quit in Spain and Wherlein was suddenly called up for the tyre test as emergency cover then Pascal is clearly Mercedes long term prospect.

He’s certainly in pole position given his relative availability to the team and his contacts within it, his only real barrier is if another more experienced driver makes themselves available…. 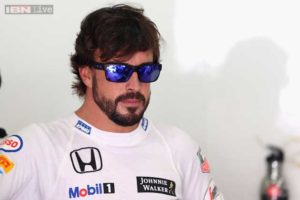 Fernando said that all he wants from F1 is another world title and unless a seat in Mercedes was available then the McLaren/Honda project offered him the best route to it. However it’s been a tough couple of seasons for the team and even though he seemed more at ease this season with his lot with a slightly improved car there’s still that nagging doubt of his long term commitment to McLaren especially with Ron going as well. If there’s a driver with an escape clause, of clear talent and ability to win races and titles then it’s Fernando.

Fernando’s biggest issue is the man he would be partnering at Mercedes. Lewis may publicly say he doesn’t care who he races against but the prospect of the man who nearly derailed his McLaren debut and has clearly only improved with age cannot be one Lewis is actually relishing despite the age gap. Again, if he can’t stand losing to Nico, his oldest racing pal, then losing to Alonso is unthinkable.

He may believe that being a 2 times Mercedes champ he’ll still be the golden boy but he’s going to be up against one of the most respected and admired drivers still in the sport. Someone who fans could potentially really get behind in opposition of him as well, Nico had a much smaller fanbase than Lewis and has always taken a battering on social media but ‘Nando is rapidly becoming the “a bit of a legend” guy that everyone likes for his racing and his attitude.

Can Mercedes really rely on Alonso, in the autumn of his career comparatively, playing nicely with Lewis? Can they expect Lewis to play nicely either? Perhaps instead it would be better if they got someone desperate for success that hasn’t got a history with Hamilton…. 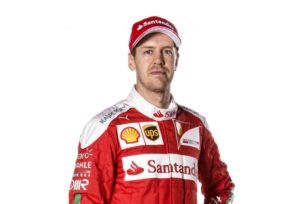 Of course, the 4 time world champion and I guess we should add very German 4 time world champ would be a massive coup for Mercedes to land from Ferrari. He’s proven that since the bad old days of Multi 21 he’s capable of playing the team game at Ferrari. He’s mellowed from his formative years at Red Bull off track making him more personable and fun on camera which is something Nico possibly lacked. Clearly he’s not lost any of his drive given the language he’s be using this season and if Mercedes aren’t afraid of having two top tier drivers in their lineup then Seb must be right at the top of the shopping list.

He comes with little baggage, some resentment for his 4 wins with a great Newey designed Red Bull but Mercedes have had 3 years of the same so probably not the biggest worry. That comes in the form of whatever contract Seb is tied into at Ferrari. Rumours would have that he has no escape clause like Alonso and he’s tied to the team for next season potentially meaning any move would be for 2018 at the earliest.

Of course with deep enough pockets Mercedes might be able to buy out the German from the Scuderia but it’s a big gamble and one that would be very public meaning any failure would make whoever did get the drive a clear 2nd choice. What you really need is a young, talented driver who is in a team with ties back to Mercedes who could be persuaded to let him leave… 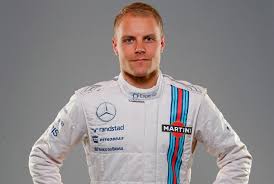 Perhaps one of what we might call F1’s lost generation that includes the likes of Hulkenberg, Perez and guys like DiResta and Nick Heidfeld who seemed to be carelessly glossed over or unavailable when the big seats came up Valterri seemed to “The Guy” 2 season ago when Williams cam Lazarus like back to the front of the grid. Since then Williams have stumbled and along with that has been the spotlight. Bottas has proven he’s quick, aggressive, capable of great overtakes and also capable of cerebral racing to make a contra-strategy work for him.

Williams have signed Lance Stroll, a boy with big backing, and it;s clear Williams are still in need of the extra cash. Bottas isn’t swimming in sponsorship money but is talented. Could Williams be tempted to let him go for a chunk of cash and maybe a reduce cost on their engines whilst then being free to try and tap up another driver with maybe a bit of cash behind them. Maybe if Nasr could get Banko De Brasil back on side he’d be a good replacement with some experience and a good sized cash injection.

What counts against him is whether Mercedes actually rate him. As mentioned he’s been off radar for a couple of seasons, Perez seems to be the new golden boy outside of the top 3 teams and would Mercedes choose to take him in over their own talent in Wherlein or over a much more experienced talent like Alonso or Vettel? Really they’d want someone who has proven experience, has no ties to a current drive and could work with Lewis…

3 years at McLaren produced two 2nd places for the team during which they weren’t really ultra competitive for Jenson and Lewis and comparatively it represents the best he ever got on with a teammate (Other than Heiki who lets face it wasn’t a challenge to Hamilton as much as I love him.). Newly released from his position as an active driver for McLaren and with McLaren themselves not really in a position to challenge Mercedes could leave the door open for Jenson to return to the spiritual successors to his Brawn team. Lewis is likely to fancy himself against the man from Frome who is definitely edging out his career at this point.

However the sticking point here is that Jenson, as much as Nico, seems to have happily shrugged off the ties of F1 and is readying himself for a life outside of the confines of the formula. He’s increasingly seemed like he wants to get away from the current crop of F1 cars and concentrate on other projects or even other sports.

Could the temptation of another world title tempt him to come back or does the poisoned chalice that being a Hamilton teammate seems to be keep him stuck firmly on a course away form the sport? At that point what Mercedes could do with is a totally unknown driver to F1, someone with clear talent but hasn’t come onto the radar of the F1 fraternity at large, a dark horse if you will… 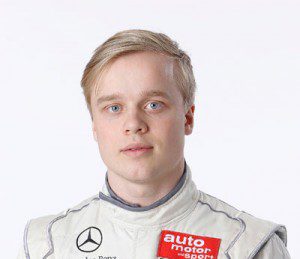 Currently plying his trade in Formula E and DTM and also the current European Formula 3 champion (not GP3, all very confusing..) he’s shown to be a very quick young man in any formula, recently putting himself on pole and coming 3rd in his 2nd only Formula E race. With ties back to Mercedes through out his racing career he could be just the ticket to re-ignite the team around a young talent that doesn’t have somewhat of the tag of being a back marker that Pascal has rather ended up with after his time at Manor.

At 25 he’s not a complete rookie, although new to F1 for sure, he might be a steadier pair of hands than the slightly impetuous Wherlein who’s had a few run ins with his own team this season.

But he’s an utter F1 novice and that’s a big seat to fill for your first outing no matter how impressive he debut has been so far. Though he’s noted for his ability on street circuits which may well suit the way F1 is going with the older circuits  disappearing to be replaced by street style circuits like Baku and Singapore.

So there’s just a few nominations for the drive and that doesn’t even start to cover if Mercedes are willing to wait a season and see where talents like Daniel Ricciardo and Carlos Sainz Jr are in the scheme of things come 2018. Whatever happens though who ever takes the seat is going to have to contend with a team mate who is not going to be at home with co-operating with a team mate right from race 1 and a team that is fractured badly and looking to regain it’s own focus for the new regulations in 2017.

Perhaps the old (supposedly) Chinese curse “May you live in Interesting Times” might well apply to the whole situation!

Oh, and there’s always this guy… 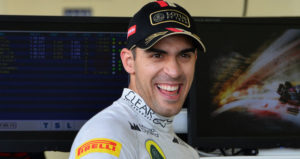