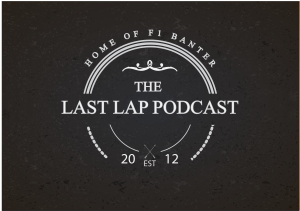 So we may be a little late to the table with this article since I’m sure many other blogs will have covered the fall out from Australia in terms of the new qualy format. However this blog won’t be about why the new qualy format is bad, we all know why that is. Instead lets try and figure out what ways we could do qualification by either tweaking existing rules or coming up with new formats.

Lets start with the elephant in the room. On paper an elimination style of qualy could be interesting, in itself it’s not a flawed idea. What has been flawed is the rules surrounding it that mean it’s simply not practical in modern F1. The first thing you need to do to make this work is remove the impediment of how long it takes to refuel an F1 car. With a 90 second window but refuelling taking at least 3+ minutes there’s no way anyone can reasonably turn around a car and get out to hit a lap in time. If you allowed pit lane refuelling then a car could be turned around in less than 15 seconds. You could do an out lap in Australia of something like 1:40 and a fast lap of around 1:25 giving you something like a window of 3 minutes to get in and back out and have completed a lap. That means if you go out in the first 5 minutes of the session to set a time you could potentially get a second lap in around the time of the first elimination. That would at least encourage those on the cusp to give it a go without having massively long elimination gaps to allow people to finish laps (which is how David Croft believed the format could be fixed). Allowing drivers to finish laps means a car could be out trying to improve a time for the second elimination spot but a car finishing it’s lap for the first elimination spot beats it and it’s knocked out. It’s simply not workable to let drivers finish laps.

The second tweak is that cars need tyres, the biggest farce was that only one team did two laps in Q3 because they’d saved one set from Q1. The teams need to be given at least 3 sets of tyres per qualy session. I don’t mind if you want to take them back after qualy is over so they have limited sets for the race but if we want the cars on track doing hot laps then you can’t penalise them in the race for using up their boots.

With just those two changes you could make a reasonable case that elimination qualy could work though tracks like Spa with long laps would still be an issue it would at least mean more cars had chances to complete more than one lap in a session and promote being on track as opposed to being in the garage.

This one doesn’t need much explanation, we all know how it works. However the change to qualy was made because the powers that be wanted more on track action. We all know that qualy tends to be feast and famine. the drivers set an initial lap time and then wait for the next optimal time to do one more lap and any other time is wasted. I personally have no issue with that, it gives the commentators some time to analyse the lap times, highlight mistakes and actually do their job of keeping the audience informed.

But if we’re going to make changes then lets introduce both of the tweaks above to the old style format. Teams will always try and better times as long as it doesn’t adversely affect them in the race. therefore if we want to see the cars on the tracks setting times, jockeying for space etc then we need to not penalise them for doing so. More tyres and faster turn arounds means cars on track and at some point we have to deal with the fact that sometimes cost cutting isn’t always going to work out.

3. One hour Shoot out

This is essentially the older of all three formats having been run in the past. It certainly takes care of lack of track action in one sense since all the cars have the possibility of setting laps through out all of the session. that’s good for the back teams because it increases TV time for them and their sponsors as well as meaning all cars have a fair shot at the track.

However the biggest draw back for this is that it doesn’t force teams onto the track. Many of those in favour of this format forget that qualy was often a case of cars sat in the pits waiting for track temps, weather or someother factor to get to the point they wanted it and then set off. In the case of rain it often meant a banker lap and then being sat in the pits for 55 minutes. It’s not for me personally, I think the drawbacks outweigh the positives and there was a reason it could changed in the first place.

A format used in several formula is to have the results of the previous race determine the grid of the next race. Taking Australia into account you’d have both Mercedes cars on the back row with Vettel and Ricciardo in front eventually leaving us with Nasr and Wehrlein at the front. I’m not sure if DNF’s start last or first in these situations, I would assume last for the reasons I’ll come to.

Reverse grids work well in lots of formula but they work when their are multiple shots at scoring points across a weekend. If we had a sprint race between qualy and the main race and took the race grid from the sprint race it might work. However with a set up like F1 has then it simply ends up being a tool used by teams unlikely to score points in one race to improve their lot in the next. As an example Force India might be running in 11th and 12th place, out of the points due to some mistake or race incident. They will qualify in midfield if they finish in those places. So why not then pull in for a tyre stop that takes too long or fake a malfunction with the car and finish in 19th or later and then at the next race start right at the front? You could even see a title contender throw away a low points finish for a much lower finish knowing they will start ahead of their title rival and so overall be more likely to score ahead of them.

If you don’t believe F1 teams would do that just look at Q3 in Australia where teams could have run again and improved a grid slot or two but didn’t because it would have cost them later on. Numbers are crunched at lightning speed on the pit wall and strategy is always king.

A format that hasn’t really been given much press but would probably solve a lot of, what seem to be, the perceived issue with F1 qualifying would be taking the lap times set by a driver and then averaging them out to see who is the fastest. A likely scenario would be that a driver must complete 3 “fast” laps in a row and his time is taken from the average across all three laps. If we kept a 3 session format we would likely see more cars on track since the three laps are likely to overlap with other teams. Also whilst space would be key it would also mean teams were forced to be racing in qualy since total track time is limited. A driver who makes a mistake has to assess if they have totally ballsed a lap up and must come in or whether a few tenths lost on the average is not too much of a loss. We’d still most likely end up with a shoot out at the end of a session except that the cars have to be on track much sooner to get those ‘magic laps’ in.

Of course the downside is tyres still for all the reasons explained above but it also means that backmarkers and track cautions would cause a much bigger impact to a top team, that won’t appeal to some fans who would prefer to see pure pace rewarded. It would mean that in wet conditions we might see teams stay in the pits rather than get caught on track in drying conditions on the wrong tyre when others are out setting blistering times on the right one.

Bit of an OTT title but if we’re looking for constant on track action, pace being rewarded and not using up tyre and fuel then this is really then only way to achieve it. 3 sessions still apply but in each session each car is designated a random number and cars will go out and set ONE fast lap and come back into the pits. That’s it. You get one shot at making it out of a session so drivers have to get it right. One mistake will almost certainly see you out in a session you should have got through. You could do a reverse grid philosophy for Q2 and Q3 and say that the fastest from Q1 goes last in Q2 and the same from Q2 to Q3 so that potentially the best track conditions aren’t going to the best cars per say.

The one thing it doesn’t give us is the climax that the old format did. Waiting on the last 20 seconds of Q3 as cars crossed the line every 5 seconds or so and seeing the lead potentially change hands 2 or 3 times is exciting. With this format you could watch the two Mercedes come out and set blistering times in the first two runs and then effectively pole is decided.

So there you have it 6 alternatives for F1 qualifying, each has its own flaws and positives but ultimately which would you as a fan prefer? Let us know in the comments below or get in touch via Twitter or Facebook. Remember to use the hashtag #F1Qualy!

Share the post "Formula One Qualification: You change, I change, we all change and then Australia happens…"